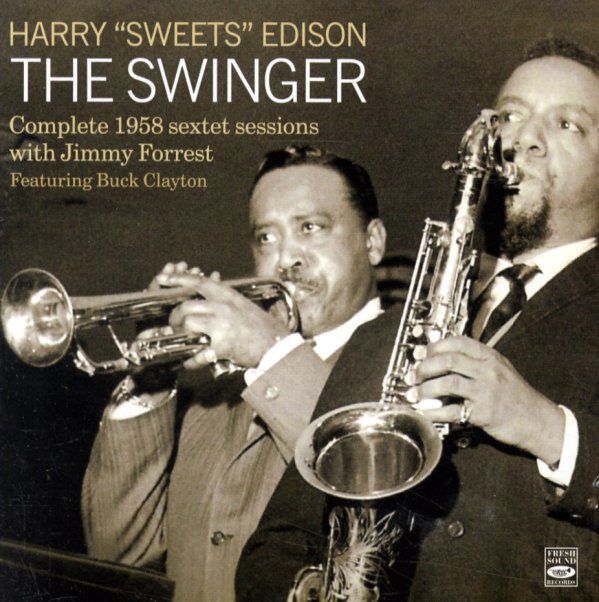 Sonny Stitt Plays Arrangements From the Pen Of Johnny Richards & Quincy Jones
Roost/Fresh Sound (Spain), 1953/1955. Used
CD...$11.99
Two gems by Sonny Stitt! The first set features Sonny blowing clean and soulfully, over larger arrangements by Johnny Richards – in a format that's quite different than any of his other records! The Richards touch is wonderful here – mellow and warm, with some Kentonite styles, but ... CD

New Orbits In Sound/12 Tone Compositions & Arrangements By Lyle Murphy (aka Gone With The Woodwinds)
Fresh Sound (Spain), 1955. Used
CD...$14.99
New Orbits In Sound is an obscure west coast set – featuring some very hard-driving big band arrangements, short but with breakout solos that really keep things moving along at a good pace. Murphy wrote and arranged most of the material – cool little offbeat tunes, many with a space ... CD

Wess Point – The Commodore Recordings
Commodore/Fresh Sound (Spain), 1954. Used
CD...$11.99
The first sessions as a leader from reedman Frank Wess – recorded in New York for the Commodore label, and every bit as great as his later sides for Savoy or Prestige! The style here is often nicely up-close and personal – still with traces of Wess' Kansas City roots and his ties to ... CD