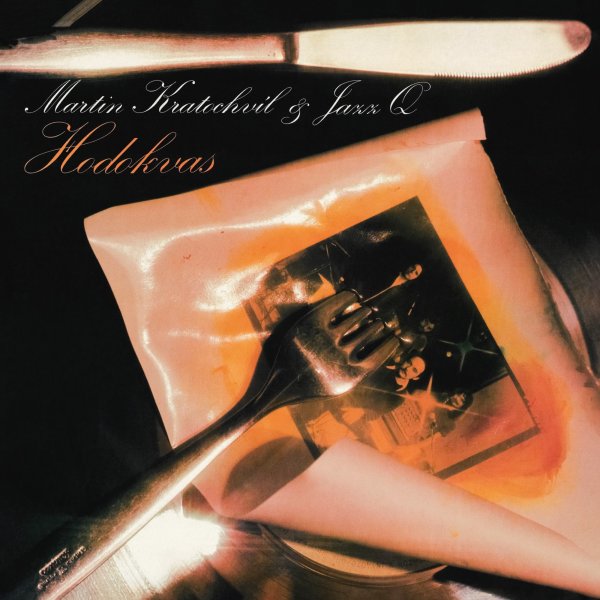 A set that features one of the biggest albums ever from this famous Czech fusion combo – complete with a full bonus CD of mostly-unissued tracks! The core Hodokvas album represents a nice shift for the Jazz Q group of keyboardist Martin Kratochvil – a slightly tighter sound than the more sprawling modes of some of their earlier records – but still looser and more searching overall than more pop-oriented electric jazz! The keyboards alone are worth the price of admission, but the group bring plenty of strong rhythms and great guitar parts to play too – with just the occasional bit of vocal here and there. Titles include "Poprask", "Vresoviste", "Pralesni Pisen", "Serosvit", and "Madona". CD2 features 20 more bonus tracks – 8 from studio sessions, 8 more from soundtrack sessions for Pavi Kral, and 4 more from a live TV performance in 1979!  © 1996-2022, Dusty Groove, Inc.

Zivi Se Divi – Live In Bratislava 1975
GAD (Poland), 1975. New Copy
CD...$22.99 24.99
Genius live work from Jazz Q – one of the most important groups on the Eastern European scene of the 70s – heard here in a previously unissued performance! The music here is even more electrifying than that on any of the full albums issued by Jazz Q – as it's got a more ... CD

Promienie Dzwieku
GAD (Poland), Mid 80s. New Copy
CD...$19.99 22.99
Well-crafted fusion from Polish guitarist Winicjusz Chrost – maybe not a household name in jazz, but a musician who can definitely deliver at a level that matches the bigger names in the Western scene at the time! The cuts here mix lean lines on guitar with some fuzzier moments that echoes ... CD