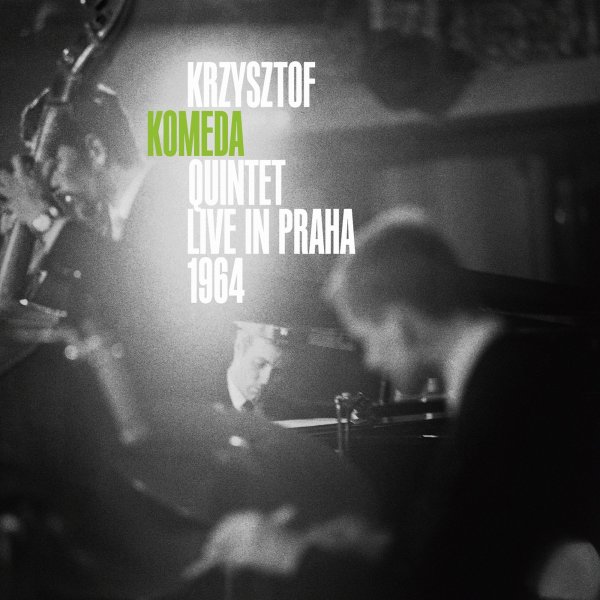 One of the greatest modern jazz musicians on the European scene of the 60s – heard here at a moment when his talent was really beginning to burst forth! Pianist Krzystof Komeda is maybe known best to folks on our shore for his soundtrack material – but back in Eastern Europe, he was one of the most groundbreaking modernists of the early 60s – arguably even more exciting than so many other talents in the west at the time – as both his playing and overall conception were completely unique – really inventive in terms of his approach to timing and space, and carried off here by an incredible quintet that features Tomasz Stanko on trumpet, Michal Urbaniak on soprano sax, Jacek Ostaszewski on bass, and Czeslaw Bartowski on drums – completely unified here in the leader's vision. The set features two different performances in Prague in 1964 – and this isn't just "live" material that's kind of an add-on to Komeda's famous studio recordings – but instead, maybe like Charles Mingus, the kind of performance that maybe illuminates his genius even more than those sets – completely essential, with titles that include "Roman Two", "Repetition", "Second Ballet Etude", "Sophia's Tune", "Svanteti", and "Alea".  © 1996-2022, Dusty Groove, Inc.