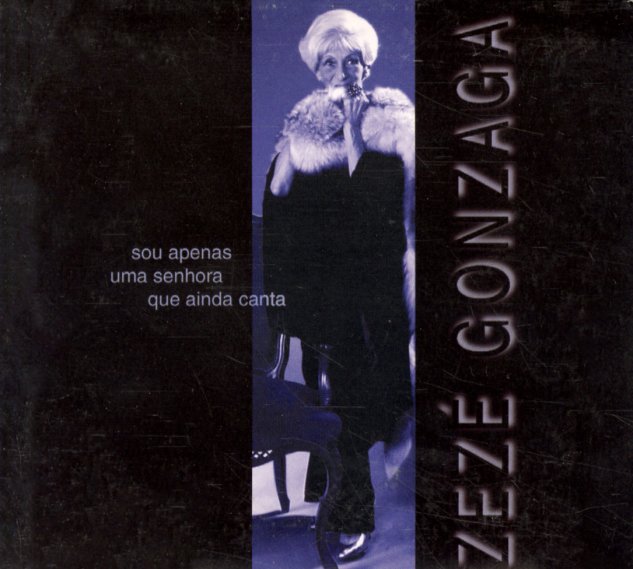 A set of tracks dedicated to Elizeth Cardoso – sung by Zeze Gonzaga, who must have been a contemporary of hers, and arranged beautifully by Cristovao Bastos. The set's got the sophisticated, slightly-classic feel of other titles on the Biscoto Fino label – supervised by Olivia Hime with a great deal of care – and titles include "Todo Sentimento", "Vida De Artista", "Chao De Estrelas", "Inquietacao", "Por Que Te Escondes", and "Meu Consolo E Voce".  © 1996-2022, Dusty Groove, Inc.
(Out of print, digipack has light edgewear.)

Agua De Beber – Jobim E Suas Fontes
Biscoito Fino (Brazil), 2004. Used
CD...$7.99
A beautiful document of the rich tapestry of work written for guitar in Brazil – featuring a number of excellent Jobim compilations, plus other tracks that pre-date his work, and show the pattern of styles that led to the early bossa! Tracks on the set are played by the Quarteto Maogani ... CD

Alma Lirica Brasileira
Biscoito Fino (Brazil), 2011. Used
CD...$12.99
One of the most intimate records we've ever heard from Monica Salmaso – a set that mostly just features the piano of Nelson Ayres and a bit of flute from Teco Cardoso! The light instrumentation is mighty nice, and seems to bring out an even richer style in Salmaso's vocals – a more ... CD

Tantas Mares
Biscoito Fino (Brazil), 2010. Used
CD...$11.99
Edu Lobo's one of those Brazilian artists we never miss a chance to hear – because as albums like this will attest, his talents have never dimmed over the years! The record's got a really great sound – one that links together the majestic quality of his earlier work, and some of the ... CD

Lua Do Arpoador
Biscoito Fino (Brazil), 2006. Used
CD...$26.99
Spare and lovely duets between vocalist Leny Andrade and guitarist Romero Lubambo – done with no other instrumentation for accompaniment, in a mode that makes the record one of the best from either artist in recent years! Leny's got a voice that's sometimes marred from too much slickness in ... CD

Essas Parcerias
Biscoito Fino (Brazil), 1984. Used
CD...$18.99
A great session that shows the increasing talents of Francis Hime – both as an arranger and songwriter with a huge influence on the larger sound of MPB at the time! Hime's working here in a mode that's expanded from his work in the 70s – a style that's ambitious, yet also quite ... CD

Choro Rasgado
Biscoito Fino (Brazil), 2002. Used
CD...$9.99
One of the best records in years from Brazilian songwriter Francis Hime! Hime's singing and playing piano on the album – in a set of warm jazzy arrangements, produced with a rich style that brings out all the complexity in Hime's work. The feel here is similar to recent work by Moacir ... CD

Brasil Lua Cheia
Biscoito Fino (Brazil), 2003. Used
CD...$4.99
One of the best recent albums we've heard from Brazilian music luminary Francis Hime – an album that's at once ambitious yet intimate, majestic yet personal. The tunes have a richness to them that's born by Hime's years of composition – sort of the depth that Jobim was hitting in the ... CD