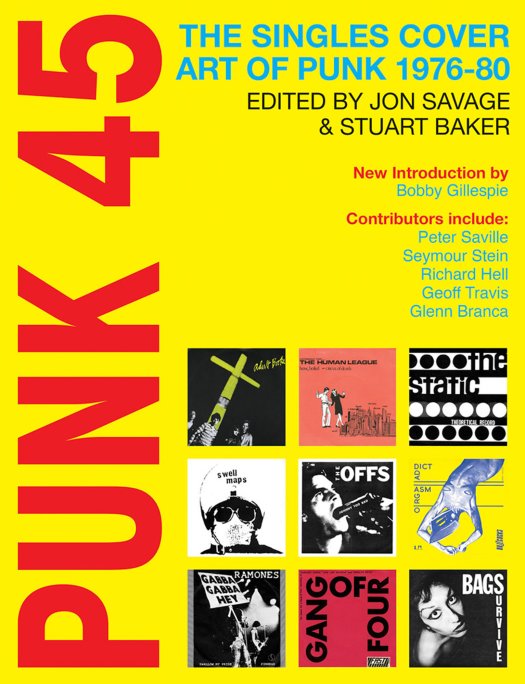 A really wonderful little book – way more than the usual record cover package, and instead a helpful tome that's full of historical details too! Punk 45 features life-sized replicas of a range of key punk 45s – pick sleeve singles and rare indie pressings, mixed with initial releases by groups who'd later go onto be much bigger in the mainstream – but are presented here as part of the rich tapestry of early punk! Jon Savage co-penned the book with Stuart Baker – and the scope here is wider than the Punk 45 compilation on Soul Jazz – but covers the same stretch of years. Savage's input is key, as there's a great eye for lesser-known gems and groups who already embrace a punk ethos, even before the genre had a name. Images are from both US and UK artists – and each page features not just an image, but the players on the record (often never noted on the disc), plus issue date, location, and other helpful information. The book also features interviews with key figures from this time – including Glenn Branca, Peter Saville, Roger Armstrong, Seymour Stein, David Thomas, Richard Hell, Geoff Travis, and Richard Kirk. New edition is over 350 pages, flexibound, full color throughout, and features a new introduction by Bobby Gillespie!  © 1996-2023, Dusty Groove, Inc.

Woodstock – Three Days Of Peace & Music (hardcover)
Reel Art, 2022. New Copy
Book...$20.99 59.95
A massive celebration of the legendary Woodstock festival in 1969 – a heavy, oversized book that's filled with rare images from the event, unusual documents and plans for the performances, and all sorts of obscure bits of history and other details! This isn't some cheaply-done trivia book ... Book