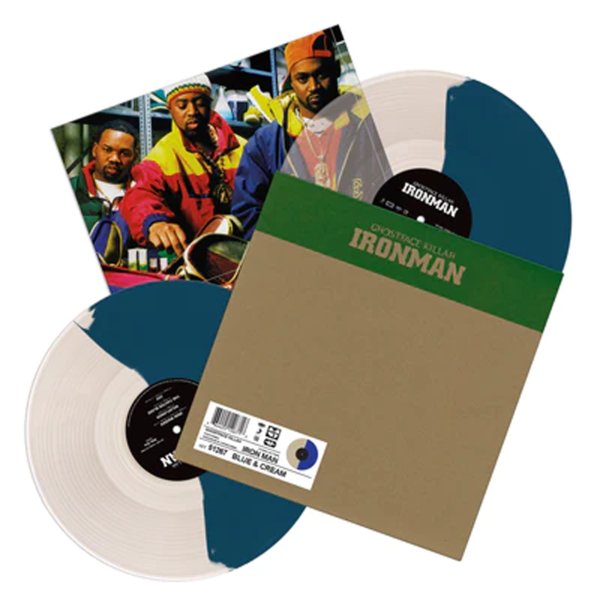 Ghostface Killah
Epic
Epic (label)
Get On Down
Get On Down (label)
Hip Hop (CD, LP)

One of the instant classic Wu Tang solo projects – Ghostface Killah's essential, early peak Ironman – and a a record that stands strongly among the best hip hop albums of the its era! Produced by The RZA at a point in which it seemed there was little he could do wrong. An absolute high water mark for Ghostface and the entire Wu Tang empire. Titles include "Winter Warz", "Daytona 500", "Motherless Child", "Soul Controller", "Wildflower", "Poisonous Darts", "Fish", "Camay", "Black Jesus", "The Faster Blade", "260", "Assassination Day", "Box In Hand", "After The Smoke Is Clear" and "All That I Got Is You".  © 1996-2022, Dusty Groove, Inc.
(25th Anniversary "Blue & Cream" split colored vinyl pressing!)