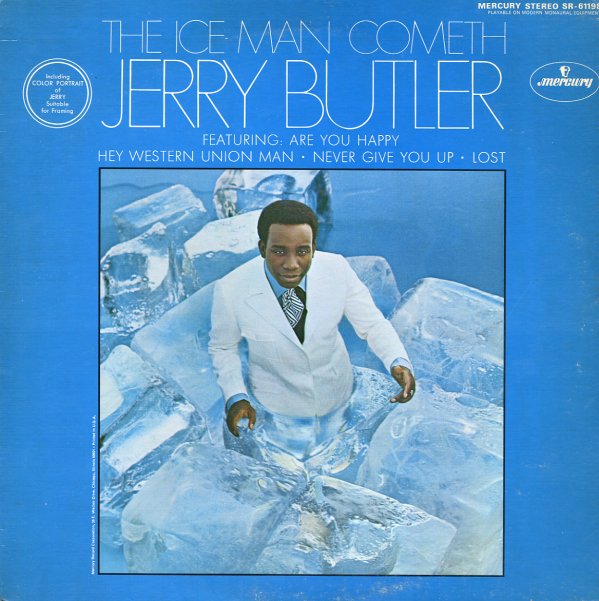 Amazing soul from one of the greats of the 60s! This album was one of the first that Jerry cut for Mercury – where he'd begun working with the young team of Kenny Gamble and Leon Huff to completely rework the earlier sound he'd forged at Vee Jay Records. The album's still got Jerry singing in his wonderfully rich deep voice – hence the "iceman" in the title – but the songs have a bit more of a groove to them, with a soaring soul style that really lifts Jerry up, and pushes him onto a whole new generation of soul fans. The best proof of this are the hits "Hey Western Union Man" and "Never Give You Up" – but the whole album's great, and like most of Jerry's LPs, it's got many wonderful tunes hiding underneath the hits. Titles include "How Can I Get In Touch With You", "Can't Forget About You Baby", "Are You Happy", and "Go Away Find Yourself" – as well as other hits like "Lost" and "Only The Strong Survive".  © 1996-2021, Dusty Groove, Inc.
(Cover has light wear.)