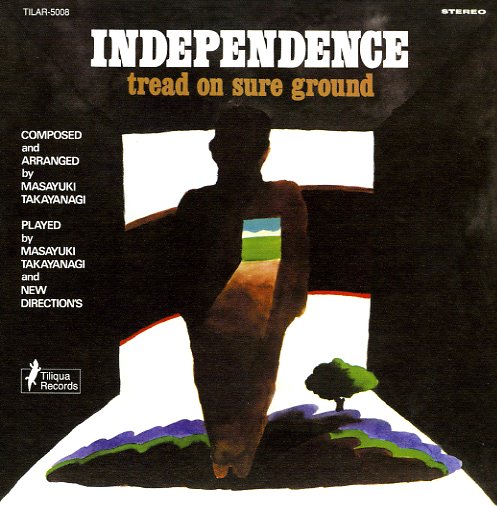 Independence – Tread On Sure Ground

A fantastically free session from the Japanese scene of the late 60s – a set that really points the way towards some of the more dramatic, dynamic guitar-based expression to come in later decades! The group's a trio, with guitarist Takayanagi Masayuki very firmly in the lead – playing his instrument in a range of compelling ways – bowing the strings one minute, plucking with Derek Bailey-like complexity the next – sometimes with heavy drums and bass, other times standing out in very free solo space. The whole album's got a very freely improvised feel, and stands as an early link between free jazz and experimental rock modes - with tracks that include "Piranha", "Herdsman's Pipe Of Spain", "The Galactic System", "Sick Sick Sickness My Aunt", and "Study No 3 Up & Down".  © 1996-2023, Dusty Groove, Inc.
(Limited edition!)