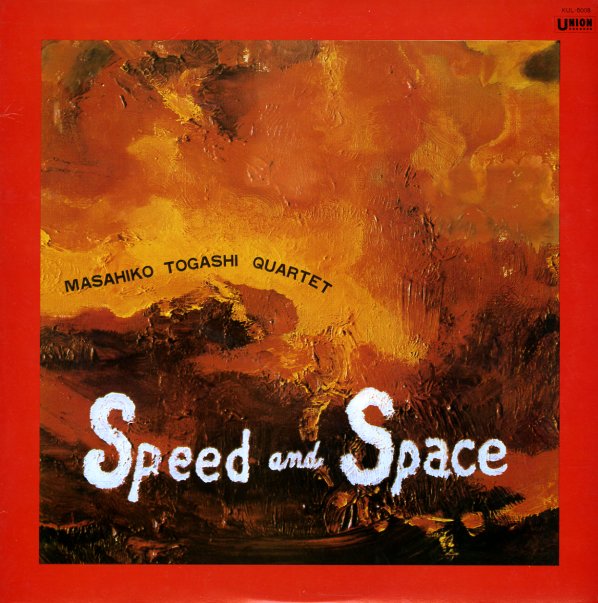 Speed, space, and plenty more – all going on in the hands of a quartet led by drummer Masahiko Togashi – a Japanese player who's at his most youthfully creative on this album! Togashi was part of a new generation of musicians on his scene who were moving past conventional jazz modes – not just the free jazz styles that European improvisers were bringing to the music, but also maybe a more organic approach that was years ahead of its time, and not as widely recognized by the rest of the world until many years later. Togashi himself plays a big range of percussion instruments and vibes next to his drums – and the rest of the group features the great Masahiko Sato on piano, Mototeru Takagi on tenor and bass clarinet, and Yoshio Ikeda on bass – all moving effortlessly through a variety of modes of expression, on titles that include "Presage", "Speed & Space", "Expectation", and "Panorama".  © 1996-2022, Dusty Groove, Inc.
(Limited edition!)

Independence – Tread On Sure Ground
Teichiku/Cinedelic (Italy), 1969. New Copy (reissue)
LP...$34.99 39.99
A fantastically free session from the Japanese scene of the late 60s – a set that really points the way towards some of the more dramatic, dynamic guitar-based expression to come in later decades! The group's a trio, with guitarist Takayanagi Masayuki very firmly in the lead – playing ... LP, Vinyl record album