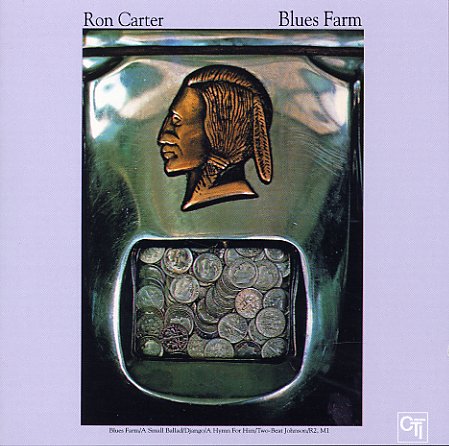 Sweet electric work from Ron Carter – subtle magic in the best CTI mode! Ron arranged the set himself, but he's working with a core group of CTI players that includes Bob James and Richard Tee on electric piano, Hubert Laws on flute, Ralph MacDonald on percussion, and Billy Cobham on drums – shifting mood, tone, and color with ease as each new track on the album emerges – and uniting the whole proceedings with work on acoustic bass and piccolo bass! Not funky, but very soulful – with a keen sense of space, but never too much so to make things snoozy. Titles include "Blues Farm", "Hymn For Him", "Two Beat Johnson", and "R2, M1".  © 1996-2022, Dusty Groove, Inc.
(Non-gatefold pressing.)

Song For You
Milestone, 1978. Near Mint-
LP...$14.99
Ron Carter's such a great player, he can always shine in so many modes – bringing the bass not just into the forefront of a tune, but taking into places that other musicians wouldn't reach! Here, he's going for a nicely laidback vibe that mixes light jazz funk with a bit of strings – ... LP, Vinyl record album