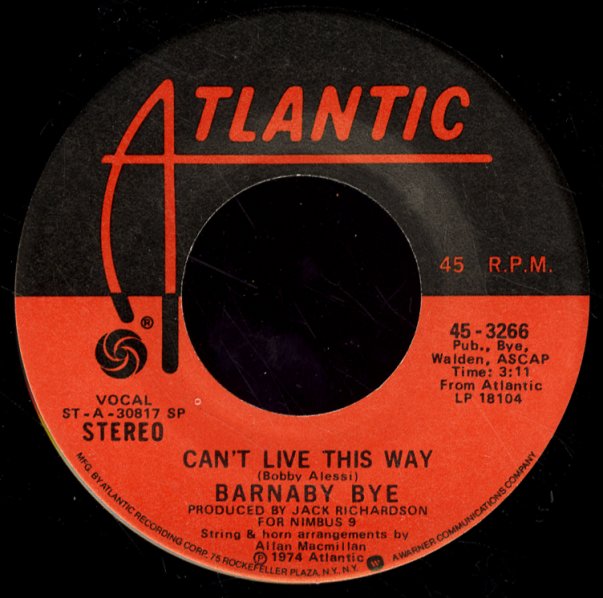 Can't Live This Way/Happy Was The Day We Met

Instant Karma! (We All Shine On)/Who Has Seen The Wind?
Apple (UK), 1970. Very Good (pic cover)
7-inch...$14.99
Maybe one of the greatest moments from the early solo years of John Lennon – an upbeat, joyous tune that really expresses the new energy he'd found in the company of Yoko – and a different sort of social message than his work with the Fab Four! And Yoko is pretty great on the flipside, ... 7-inch, Vinyl record

It's A Funny Situation/There Ain't Nothin' I Wouldn't Do For You
Cameo, Late 60s. Near Mint-
7-inch...$24.99
Nice one from Dee Dee's early years! "Funny Situation" has the kind of gospel-inflected soul sound that she's always been great at – but we really like "Ain't Nothin", which has a good sing-songy groove, and some good uptown production. The cut's also written by future ... 7-inch, Vinyl record