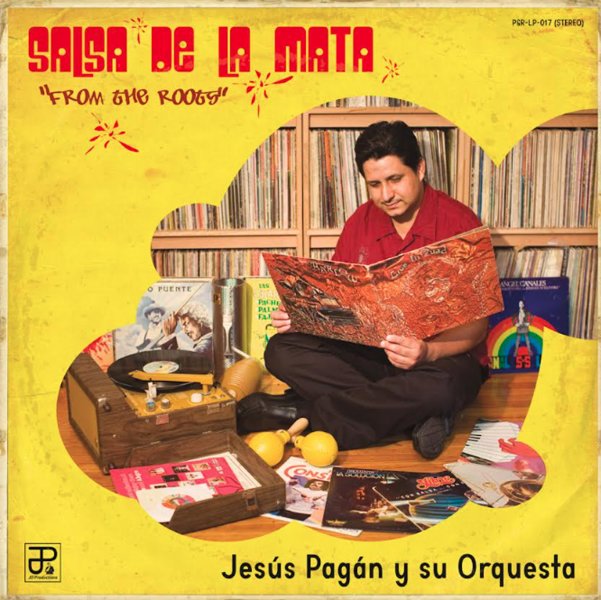 Jesus Pagan is surrounded by classic Latin albums on the cover of this set – and he definitely brings the spirit of that music to his work on the record – which has a vibe that's much more old school than you'd guess from its date in the 21st Century! Jesus leads the group on vocals – and there's a really tight horn section that mixes together two trumpets, one trombone, and a baritone sax – the last of which dips deeply, and creates a great bridge with the crackling rhythms at the core! Hector Maximo Rodriguez plays clave, bass, and leads the group – and titles include "Ritmo Sabroso", "Aguajera", "No Hay Remedio", "La Rumba Se Pone Buena", "Tributa A La Salsa De Ayer", and "Entre Lagrimas Del Cielo".  © 1996-2022, Dusty Groove, Inc.