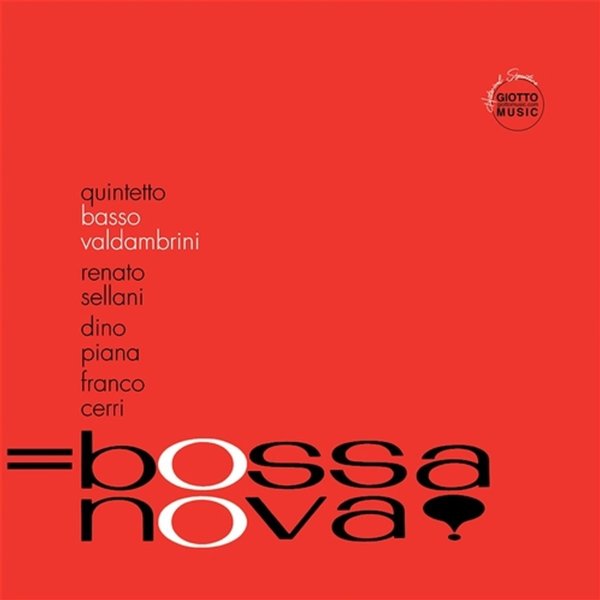 Also available
Basso Valdambrini Quintet — Bossa Nova ... LP 28.99
Very groovy work from this legendary Italian combo – but that's maybe no surprise, given that the album's got "bossa nova" in the title! And, as you'd expect, the group takes on the new beat that was grooving the world at the time – fresh sounds from Brazil, given a 60s Italian jazz twist – thanks to the work of trumpeter Oscar Valdambrini and tenorist Gianni Basso – who liven up the music with plenty of jazzy solos! Rhythms are nice and lean – maybe even more so than in an American session of this nature – and in addition to great trumpet and tenor, the group also features work on piano from Renato Sellani and guitar from Dino Piana – plus some guest guitar from Franci Cerri as well! The whole thing's great – as groovy as we could hope for – and the set features the original tunes "Sondra" and "Oscarnova" – plus bossa takes on "I Should Care", "My Little Suede Shoes", "Saudade Da Bahia", "Barbados", and "I'll Remember April".  © 1996-2022, Dusty Groove, Inc.

Sotto E N'Coppa
Carosello/New Platform (Italy), 1975. New Copy
CD...$19.99 22.99 (LP...$39.99)
Italian drummer Tullio De Piscopo is at his most dynamic here – working with his Revolt Group, in a blend of styles that's very heavy on percussion and electric jazz! At some level, the vibe is a bit like some of the more hard-hitting fusion of the Billy Cobham generation in the US – ... CD