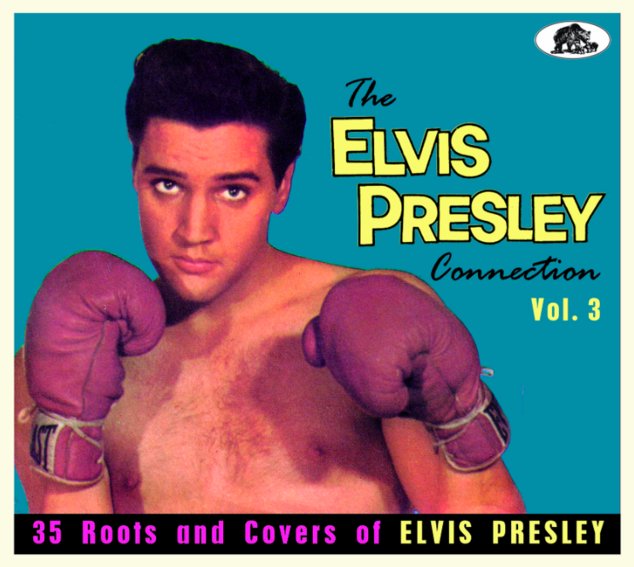 A really cool collection, even if you want nothing to do with Elvis Presley at all! The set's got way more to offer than just some covers in the mode of Elvis – and instead, it brings together all sorts of weird and wonderful singles from the late 50s and early 60s – some that are very distantly related to Presley, some more tied to the star in terms of material he might have covered, or vice versa – and the whole thing comes across more like some hip look at the varied scene at the time, instead of just another Elvis tribute record! There's a whopping 35 tracks in all, presented with very detailed notes – and the package features some very rare demo tracks – including "The Love Machine" by Gerald Nelson, "Viva Las Vegas" by Mort Shuman, "I Met Her Today" by Don Robertson, "Fun In Acapulco" by PJ Proby, and "My Desert Serenade" by Kenny Karen. Other cuts include "Where Could I Go But To The Lord" by Marty Robbins, "I'll Remember You" by Kui Lee, "You Don't Know Me" by Patty Page, "Suspicion" by Terry Stafford, "Girls Girls Girls (part 2)" by The Coasters, "Angel" by Skip Arne & The Dukes, "Kiss Me Quick" by Rikki Henderson, "King Of The Whole Wide World" by Les Carle, "Bossa Nova Baby" by Tippie & The Clovers, and "Memphis Tennessee" by The Chavis Brothers.  © 1996-2022, Dusty Groove, Inc.