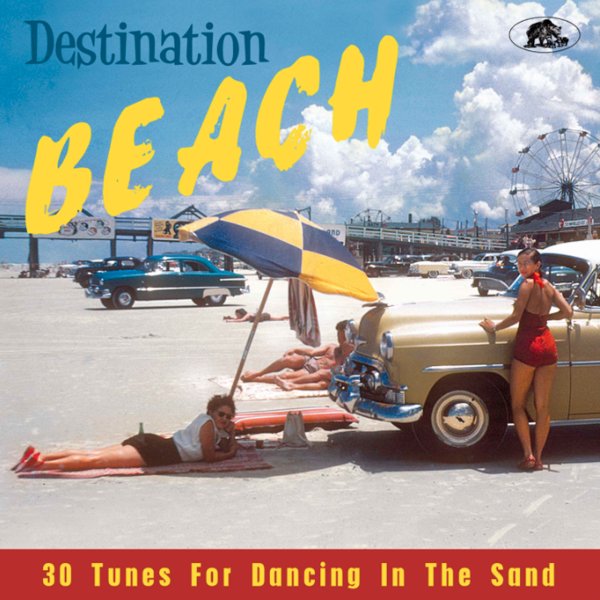 Whether you're heading to the beach or not, here's a whole host of tunes that will keep the spirit of sand and surf alive – even if you're listening to the set in the middle of winter! The package is way more than just a set of surfy guitar instrumentals – although there's a few of those on the set too – and as with other "Destination" titles from Bear Family, the whole thing's wrapped around a theme that's played with loosely – so that a variety of different artists and styles can all jump into the mix, which really makes for a very playful sort of collection! Titles include "Beachcomber" by Bobby Darin, "Beach Party" by The Fendermen, "June July & August" by Freddy Cannon, "Beach Party" by The Duals, "Heat" by The Rockin Rs, "Dance In The Sand" by Wayne Hollers, "On The Beach" by Owen Gray & The Coxsonaires, "Muscle Beach" by Al Barkle, "Souvenirs Of Summertime" by The Rays, "Sand & The Sea" by The Surfers, "Beach Party" by Ray Doggett, "Back On The Beach Again" by Buddy Skipper, "Blanket On The Beach" by Bill Courtney, and "Lonely Sands" by The Dunes.  © 1996-2023, Dusty Groove, Inc.