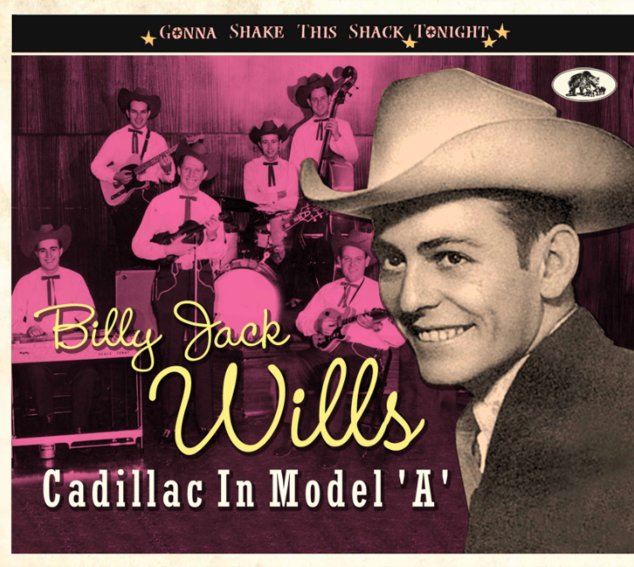 Cadillac In Model A – Gonna Shake This Shack Tonight

An overdue collection of work from the very young brother of the great Bob Wills – an artist who recorded for the same MGM label as Bob in the 50s, but who made some very different music overall! Billy Jack is much more of a rocker than his brother – and the cuts here do a really good job of mixing up postwar hillbilly styles with some of the romping modes that were coming to the music from R&B – but also often offering up just a slight current of jazz in the instrumentation, almost as if the younger Wills were creating a hip take on the Texas dancehall sound of the previous generation, but pushing it much more towards rock and roll! Billy Jack recorded a number of singles for MGM in the 50s, but a good number of them weren't released at the time – and this may well be the first time we've seen so much of his work presented together, along with the usual great Bear Family notes and attention to detail. The set features 31 tracks in all – and titles include two takes of "Cadillac In Model A", plus "Crazy Man Crazy", "Kissin Bug Boogie", "I Don't Know", "Sugar Blues", "Hey Lula", "Out Of Gas", "Kentucky Means Paradise", "Troubles", "She's A Quarter Horse Type", "Dipsy Doodle", "Tobacco Chewing Boogie", "Hey Mr Mailman", "Teardrops From My Eyes", and "Mr Cotton Picker".  © 1996-2023, Dusty Groove, Inc.