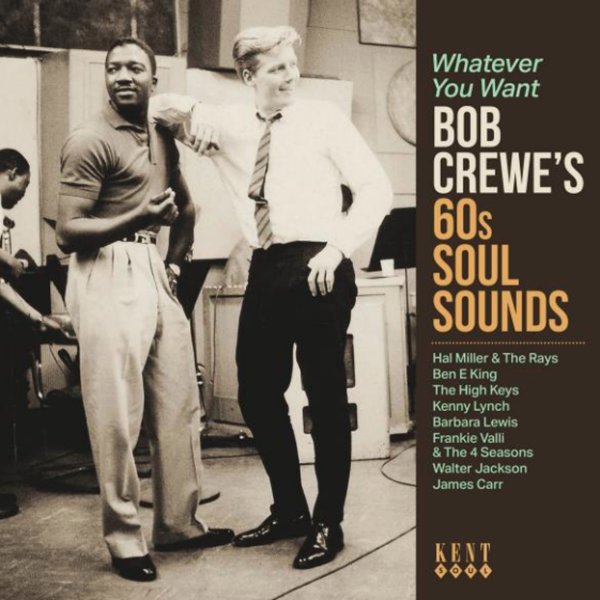 A great lost legacy in soul music – a killer collection of work that was all put together by Bob Crewe in the New York studios of the mid 60s – a time when Crewe was maybe best known for his brilliant work with the Four Seasons, but still had time to work with a whole host of other acts as well! Like his famous proteges, Bob also had a really strong appreciation for soul music – and here, he turns his stunning ear for studio perfection to a whole host of different artists on tracks that were issued on a variety of different labels – the kind of special magic that made Crewe's presence known to those who were paying attention to producer credits on 45rpm singles back in the day! The selection of cuts is as wonderful as the artists who recorded them – presented with detailed notes and great sound that go way past any of the bootlegs that have explored this territory in previous years – with a whopping 24 tracks in all, titles that include "Long Time No See" by Tracey Dey, "Count On That" by Shirley Matthews & The Big Town Girls, "Time Marches On" by Lainie Hill, "Sayin Something" by Dey & Knight, "Sock It To Me Baby" by James Carr, "3 Minutes Heavy" by The Time Keepers, "Everything Under The Sun" by Walter Jackson, "Deep Dark Secret" by Dee Dee Sharp, "Whatever You Want" by Jerry Butler, "An Angel Cried" by Hal Miller & The Rays, "My Own Two Feet" by Kenny Lynch, "Hurt Yourself" by Frankie Valli, "Stranger In My Arms" by Lynne Randell, and "I'm Going Out" by Kiki Dee.  © 1996-2023, Dusty Groove, Inc.