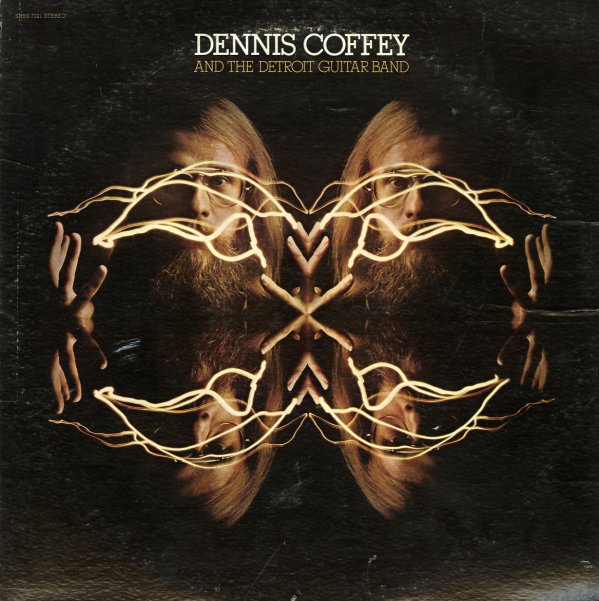 Also available
Dennis Coffey — Electric Coffey ... LP 34.99
Mad funk from Dennis Coffey – and the follow-up to his landmark Evolution album! It's interesting to note that Coffey's group is listed as the "Detroit Guitar Band" – which kind of foregrounds their link between the city's two strongest music sides of the late 60s: the hard heavy rock of groups like The Stooges and MC5, and the still-strong soul industry, of which Coffey was a seminal part. But note also that Coffey's the only guy playing guitar on the record, thanks to the magic of overdubs! The album features a funky follow-up to Coffey's earlier hit, called "Son Of Scorpio", plus plenty of other funky guitar numbers like "Capricorn's Thing", "Lonely Moon Child", "Twins Of Gemini", and "The Sagitarian".  © 1996-2023, Dusty Groove, Inc.