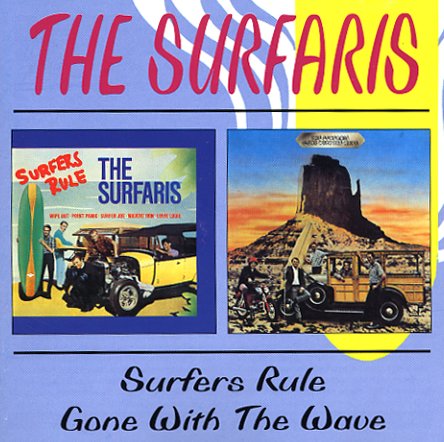 A collection that's way more than just the 2-fer package that you'd expect from the cover – as it brings together 40 tracks from the classic years of The Surfaris – not just big hits, but rare album tracks, and some unusual singles too! Most folks know these guys as an instrumental group – searing guitars on the level of The Ventures, and much more surf-tuned too – but the collection also features some surprising vocal numbers as well – many with a distinct Beach Boys sort of style, two of which feature harmonies from The Honeys! The notes are great, and include a detailed discography – to accompany titles that include "My Little Bike", "Surf Scene", "Point Panic", "Hot Rod High", "Misirlou", "Murphy The Surfie", "Boss Barracuda", "I'm Into Something Good", "Catch A Little Ride With Me", "Moon Dawg", "So Get Out", "Dune Buggy", "Karen", "Mystic Island Drums", "My Buddy Seat", "Don't Hurt My Little Sister", and "Hey Joe Watch Where You're Going".  © 1996-2023, Dusty Groove, Inc.