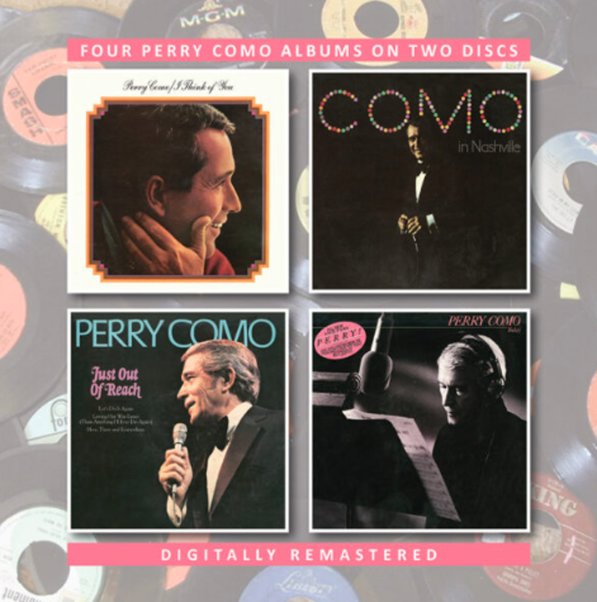 A nice run of late material from Perry Como – from a time in the singer's career that's often overlooked, but which also has Perry's style really making a lot of sense! Even when young, Perry Como had a quality that made him seem more old and mature – that father figure mode that made him such a strong chart seller in the 50s, and on TV in the 60s – tuned here to material that really fits those later years that Como had finally reached! Some of the work here is in a lush easy style that you'd expect, while others have a bit more of the Chet Atkins countrypolitan touch – a nice move, given that country music at the time was beginning to explore more themes of aging and maturity too. The first three albums in the set – I Think Of You, In Nashville, and Just Out Of Reach – feature material recorded in the early 70s – and the final set, Today, was Perry's last for RCA – recorded in the late 80s with Nick Perito in the studio. 45 tracks in all – with titles that include "Here Comes My Baby", "Where Does A Little Tear Come From", "Let's Do It Again", "Make Love To Me", "Sing Along With Me", "That's What Friends Are For", "Do You Remember Me", and "Someone Who Cares".  © 1996-2022, Dusty Groove, Inc.