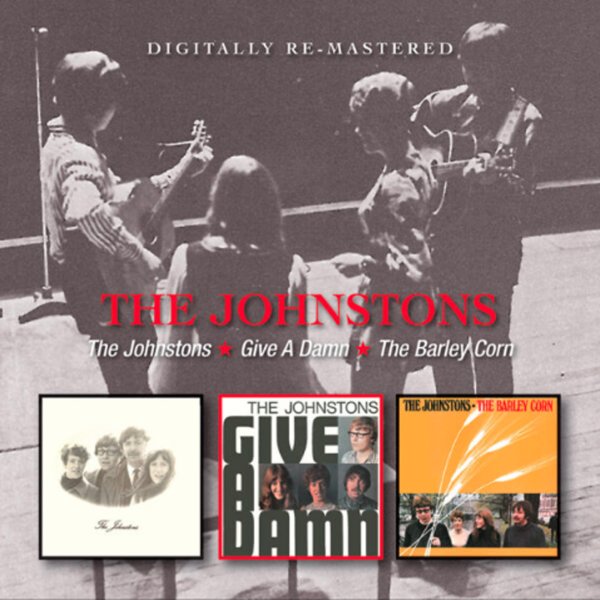 Great work from The Johnstons – an Irish group centered around the wonderful vocals of Adrienne and Lucy Johnston – a male/female pair who have a really fantastic sound when they sing together! Given their harmonies, The Johnstons' approach is a bit of a later take on some of the folk harmony recordings of the early 60s – but given their Irish bent, and ear for traditional material, they've also got echoes of some of the acid folk generation that was rising up at the time – and in a way, the material here is a crucial bridge between the two generations – definitely too dark to be pop, but with less of the jamming quality of Pentangle or Fairport Convention. A few tracks here and there have larger arrangements, but most of the material is spare and moody – and this great package brings together three full Transatlantic albums by the group – a total of 38 tracks in all!  © 1996-2022, Dusty Groove, Inc.