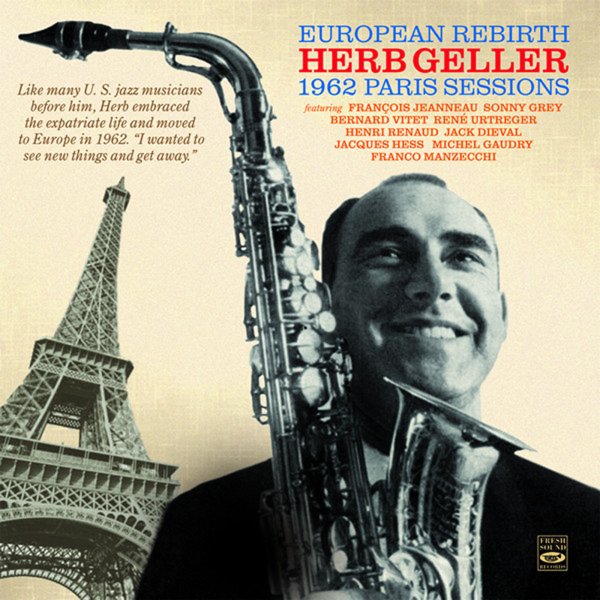 A real lost chapter in the career of alto genius Herb Geller – a player most folks know for some crucial recordings on the LA scene of the mid 50s – who then dropped away from the studio for quite a few years! Yet this set shines a strong light on one of those lost years – a point in 1962 when Geller was living in Paris, had really changed up his sound, and recorded a few sessions for RTF radio amidst some really top-shelf players! The music is a fantastic bridge between Geller's 50s records and the sound he would bring back to the limelight in later years – and as with the earlier period, there's a sublime tone that's a lot more human than you might expect – very individual, even on a familiar tune! Other players include Jack Dieval and Henri Renaud on piano, Sonny Grey and Bernard Vitet on trumpet, and Francois Jeanneau on tenor – and most titles are quartet or quintet numbers – with tunes that include "CTA", "Foolin Myself", "Crazeology", "Brake's Sake", "Tabou", "Moanin", "While The Cigarette Was Burning", and "Tominique C".  © 1996-2022, Dusty Groove, Inc.