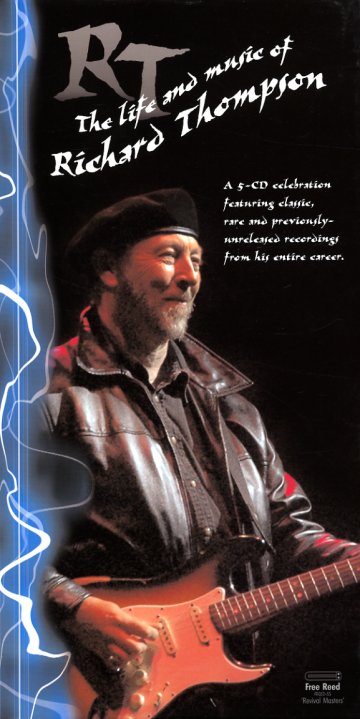 (Please note that this set does not include the outer box, just the 5 CDs in individual jewel)

Mirror Blue
Capitol, 1994. Used
CD...$2.99
A well-remembered set from Richard Thompson's Capitol years – a record that's awash in that amazing and unique vocal style that only seemed to get better as the decades moved on! Thompson's got this mature quality here that's wonderful – maybe understating some elements that would have ... CD