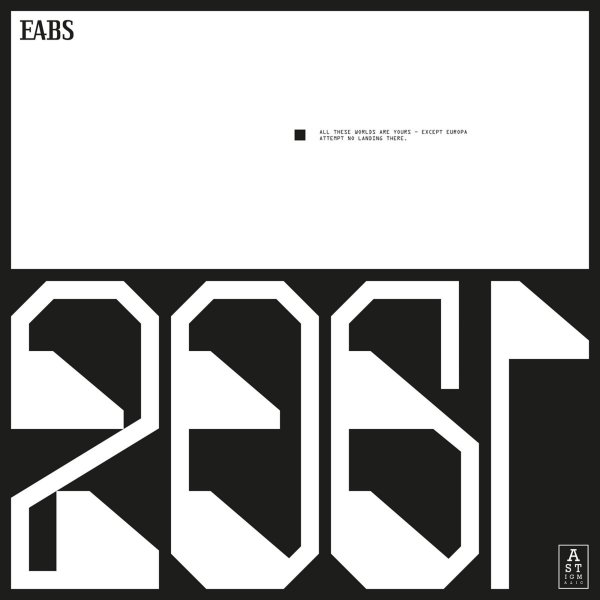 Also available
EABS — 2061 ... LP 22.99
Fantastic work from EABS – a combo who continue to amaze us with the diversity of sounds they create, and the depth of feeling they can get from a mix of acoustic and electric instruments! There's maybe an even deeper spiritual vibe going on here than previous records – music that's not afraid to borrow some currents from the world of contemporary soul, yet still stays strongly in jazz territory overall – electric rhythms at some points, acoustic at others – blended with a range of wonderful keyboards from Marek Latarnik Pedziwiatr, next to trumpet from Jakub Kurek, and tenor and soprano sax from Olaf Wegier. The great tenorist Jan Ptaszyn Wroblewski guests on the track "A Farewell To Mother Earth" – and other tracks include "Lucifer", "Dead Silence", "Mystery Of Monolith", "Global Warning", "Ain't No Mercy", and "The Odyssey Of Dr Heywood Floyd".  © 1996-2023, Dusty Groove, Inc.

Marianna
Astigmatic (Poland), 2022. New Copy
CD...$12.99 16.99
Beautiful solo piano work from Marek Latarnik Pedziwiatr – a player you might know for his crucial contributions to the groups EABS and Jaubi – sounding very different and a lot more personal here on his own! Latarnik's touch on the piano is often very rhythmic and lyrical at the same ... CD

Existential Moments
Not Two (Poland), 2022. New Copy
CD...$14.99 16.99
The legendary Joe McPhee leads off this session with a tremendous burst of power – work on the trumpet that's a bold signifier of the energy to come – as he mixes up tenor and a bit of voice with long-form spontaneous creation in a trio with John Edwards on bass and Klaus Kugel on drums! ... CD