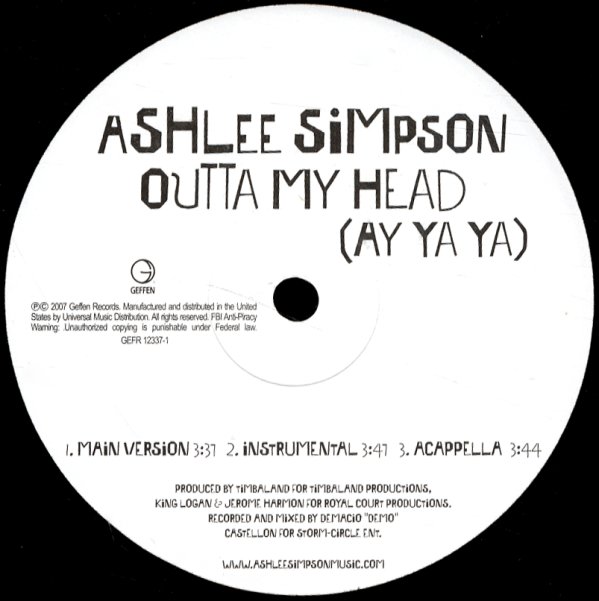 Outta My Head (Ay Ya Ya) (main, inst, acapella)

Produced by Timbaland.
(Promo in a plain sleeve.)