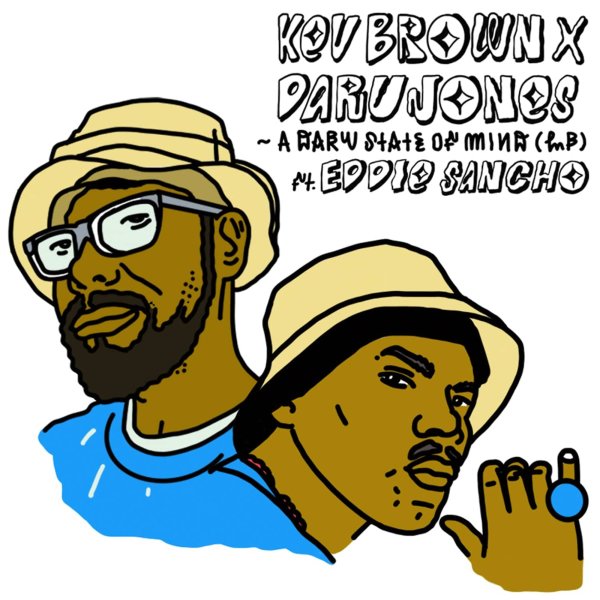 A strong studio matchup between Kev Brown and Daru Jones – a duo who really seem to bring out the best in each other! Daru provides live drums, Kev handled production, and the whole thing was recorded mixed by Eddie Sancho – all with a vibe that maybe more than lives up to the promise of everyone involved! The drums alone are worth the price of admission – and they're often peppered with these weird electronics that make you feel like you've wandered off into some deep, dark corner of the Wu-Tang universe – no lyrics allowed, but space sounds that more than make up for that lack! Titles include "Eve Of The Nite", "Here Comes The Funky Kevster", "Straight From Cassette", "Worth Every Dolla", "Busta Would Kill This", "Boom Bap Island", and "Fat Beats".  © 1996-2022, Dusty Groove, Inc.