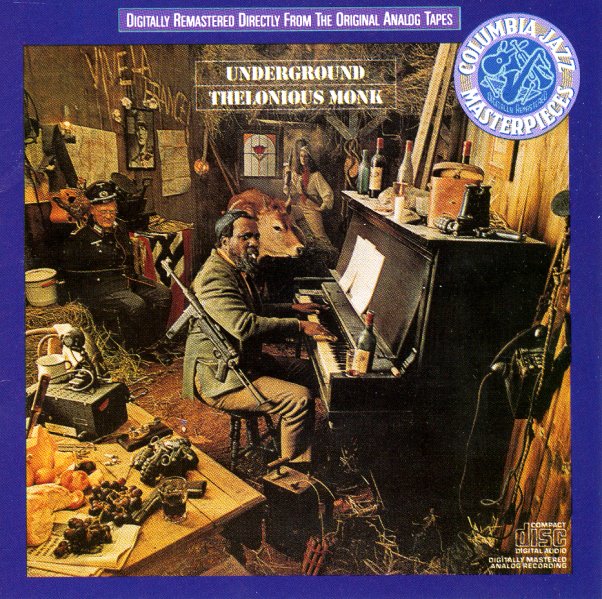 One of the most gimmicky cover images ever used to sell the music of Thelonious Monk (and Monk himself hated the image) – but a key classic from his legendary years at Columbia Records! The album's got an edge that definitely lives up to its title – even if the cover photo is a bad joke on the jazz "underground" – and Monk's working here with the amazing Charlie Rouse on tenor sax, blowing these beautifully angular lines on some tracks that never fail to grab us after all these years. Larry Gales is on bass, and Jon Hendricks does some great guest vocal work on a version of "In Walked Bud" – while other instrumental tunes include "Ugly Beauty", "Green Chimneys", "Thelonious", "Boo Boo's Birthday", and "Raise Four".  © 1996-2022, Dusty Groove, Inc.

Classic Encounter
CBS, 1988. Used
CD...$3.99
The Ramsey Lewis Trio encounters Chi-Town arranger James Mack and the Philharmonia Orchestra. Tracks include "After The Rain", "Spiritual", "Summer Of '42", "With A Gentle Touch", and "Earle Of Salisbury Pavane". CD