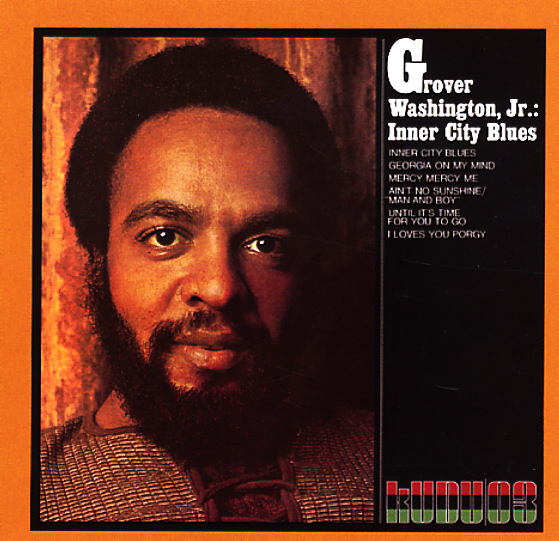 Sweet funky jazz from Grover Washington – an early standout session from his classic years on Kudu Records, put together with hip arrangements from the mighty Bob James! The record's got the same spacious sense of grooving as James' first few for CTI – a style that's funky fusion, but a bit more laidback than most – not nearly as jamming, and with almost as much focus on lean rhythms as on key solos from the players in the group! Most tracks have a long, open sort of feel – and in addition to alto and tenor from Grover, other instrumentation includes organ from Richard Tee, guitar from Eric Gale, drums from Idris Muhammad, percussion from Airto, and electric piano from Bob James himself. Titles include versions of "Mercy Mercy Me", "Ain't No Sunshine/Theme From Man & Boy", "Until It's Time For You To Go", and "Inner City Blues".  © 1996-2020, Dusty Groove, Inc.
(Cover has splitting in the spine.)