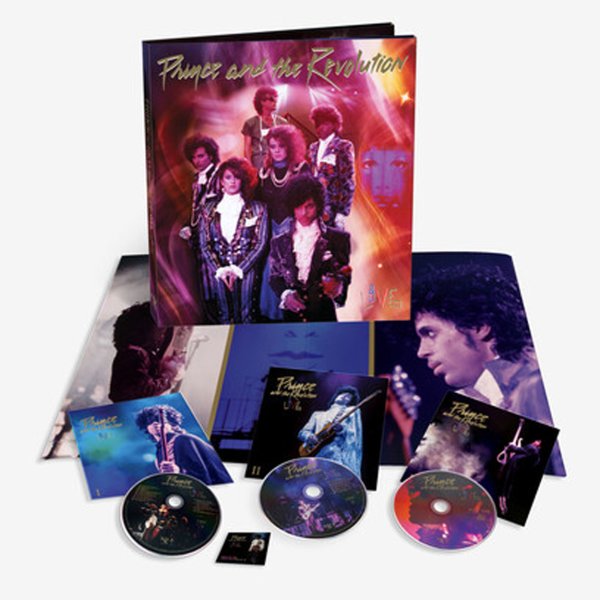 A long-overdue audio presentation of the famous performance that was captured in 1985, and used in the concert film of the same name – brought together here as an audio release that stands as a tremendous document to the strength of Prince and his famous group of the time! This is the fantastic lineup that features Wendy & Lisa, who helped Prince hit a whole new level of grooviness – a blend of funk, soul, and rock touches that takes the Purple Rain sound to a much richer dimension in the setting of the arena! The performance was recorded at the Carrier Dome in Syracuse on March 30, 1985 – and the core set features 20 tracks that include "Let's Go Crazy", "1999", "God", "Computer Blue", "Darling Nikki", "International Lover", "Possessed", "Do Me Baby", "Irresistible Bitch", "Little Red Corvette", "I Would Die 4 U", and "Delirious" – plus extended jams that include an 11 minute version of "Baby I'm A Star", a 9 minute version of "When Doves Cry", and a 19 minute version of "Purple Rain"!  © 1996-2022, Dusty Groove, Inc.
(Features a 24 page book with never-seen photos, and blu-ray with enhanced picture and Dolby Atmos sound!)

Sign O The Times (3CD deluxe edition)
Paisley Park/Warner, 1987. New Copy 3CD
CD...$28.99 29.98 (CD...$5.99, LP...$34.99)
A fantastic record from Prince – a double-length set that came out at a time when the purple one was brimming over with energy and new ideas – and a step slightly in the direction of more socially conscious material! Everything that was great about Prince before the record is ... CD

3 + 3 (plus bonus track)
T Neck/Legacy, 1973. New Copy
CD...$4.99 6.99 (LP...$14.99)
An amazing little album from the Isley Brothers – one in which the group manage to explore their growing love of the electric guitar, yet somehow sound even more soulful than before! The music is slinky and seductive, with a wonderful style that's never too overly funky – just laidback ... CD