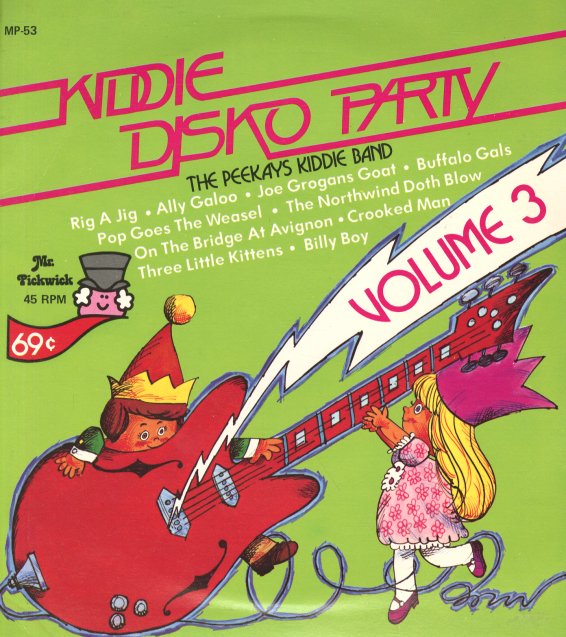 Groove Into It/Let it Be
Liberty, Late 60s. Near Mint-
7-inch...$2.99
"Groove Into It" is kind of a wild uptempo soul cut penned by Lalo Schifrin, and is listed on the label as being from the film "Pussycat, Pussycat I Love You", which we've never heard of. "Let It Be" is a soulful version of the Beatles big hit. Both sides are from ... 7-inch, Vinyl record

My Baby's Gone Away/Where I Come From
Down To Earth, Late 60s. Very Good
7-inch...$7.99
Obscure Chicago group soul cut, with a good mellow feel, and a nice harmony track about some guy being left by his baby. Burgess Gardner arranged, and the Soul Crusaders Orchestra backed the group up. 7-inch, Vinyl record

One Girl Too Late/Magic Of Your Love
Epic, 1973. Near Mint-
7-inch...$14.99
Nice single that has Brenda and the group shifting their 60s style into some sweet 70s arrangements by Van McCoy. "One Girl" is the best track, and has that sweet rolling hook-heavy sound that would be great on AM radio! 7-inch, Vinyl record

You Gotta Take A Little Love/Down & Out
Blue Note, Late 60s. Near Mint-
7-inch...$7.99
Late Blue Note work from Horace – but great! "Gotta Take" is fast, tight, and has a hard-rolling soul jazz groove that almost takes Horace back to his late 50s roots for the label. "Down & Out" is slower, sadder – and even more compelling! The tune grooves ... 7-inch, Vinyl record