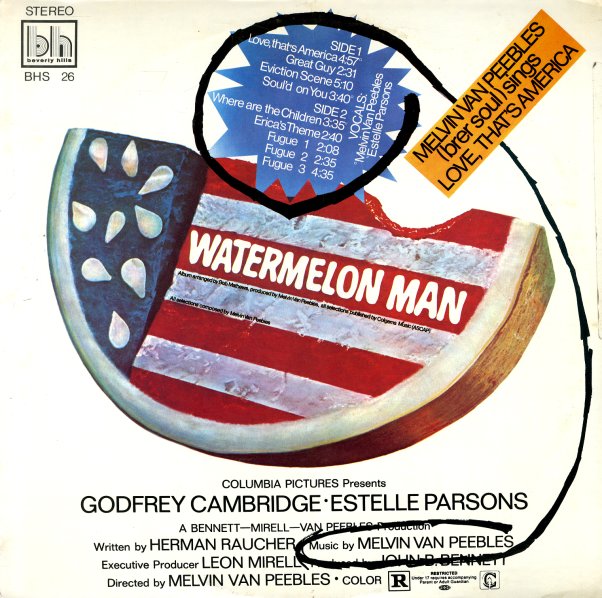 A wild and weird early soundtrack work from the great Melvin Van Peebles – a set of songs composed by the man himself, and put together for an early directorial effort about a white man who wakes up one morning and finds himself black – and has to discover the real version of society from an African-American perspective! The music and politics are very similar to Melvin's early albums for A&M – songs that borrow from a few different styles, and aren't just straight soul and funk – handled with some larger arrangements from Bob Matthews, who amplifies some of the wildness in the tunes! Tracks include "Love, That's America", "Great Guy", "Eviction Scene", and "Where Are The Children".  © 1996-2022, Dusty Groove, Inc.