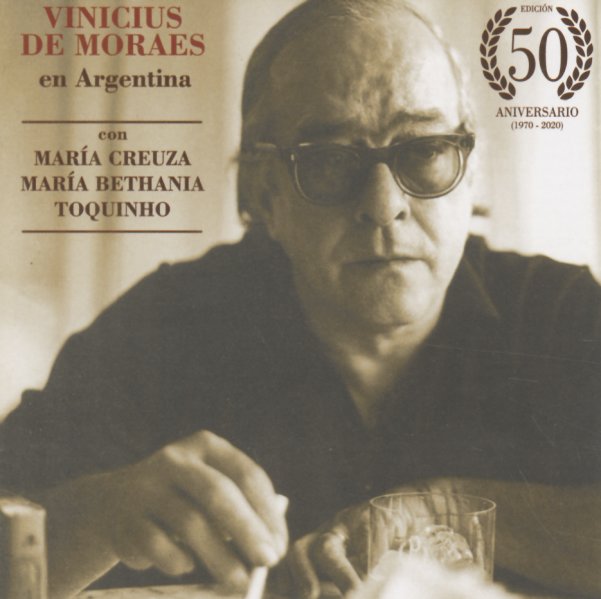 Two rare sessions by Vinicius – back to back on one 2 CD set! CD one features a 1970 recording in Buenos Aires – with Maria Creuza and Toquinho. Creuza was at her best during the early 70s – and working here with the classic bossa team of poet Vinicius De Moraes and guitarist Toquinho, she really sparkles with a sound that's some of her best singing on record. The trio sing separately or together from track to track – and the set includes a lot of great work that's in the Black Orpheus or Afro Sambas mode. Titles include "Canto De Osshana", "A Felicidade", "Tomara", "Canto De Osshana", "Minha Namorada", "Valsa Da Tunisia", "Lamento No Morro", and a great version of Caetano Veloso's "Irene"! The other CD follows a similar format – with Maria Bethania instead of Creuza – and tracks include "A Tonga Da Mironga Do", "Kabulete", "E De Manha", "Samba Da Rosa", "Testamento", "Apelo", "Viramindo", and "Tarde Em Itapoa". 2CD set features lots of bonus tracks – 12 more titles that include "Nesta Ru Tao Deserta", "Formosa", "Ate Londres", "Gente Do Morro", "Das Rosas", "E Nada Mais", "Berimbau", and "Samba Em Preludio".  © 1996-2022, Dusty Groove, Inc.