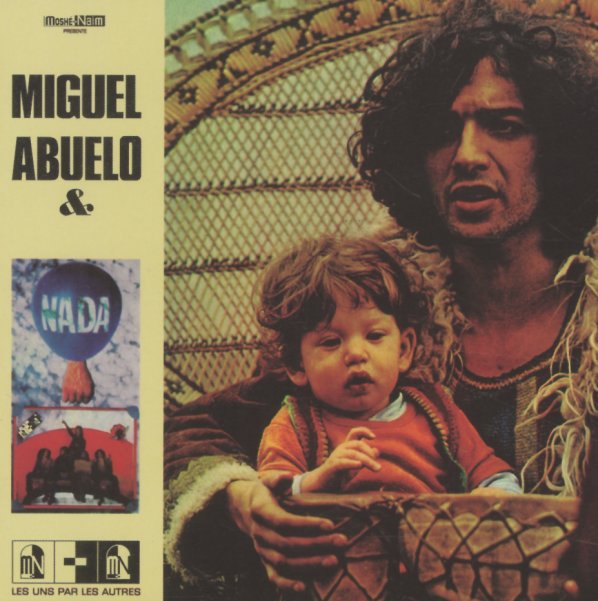 Argentine rock, recorded in Paris during the early 70s – a really unusual expatriate album that comes off with a sound that's pretty unique! Miguel Abuelo clearly draws inspiration from the heavier rock that was showing up in South America at the time – yet the overall execution of the record also shares some of the warmer, more optimistic qualities that marked some of the French groups during the period – occasional folksy elements, and a post-68 positivity that holds on even when things get somewhat trippy and jammy. Instrumentation is heavy on guitars – both acoustic and electric – and the longer tracks really take off with some wild sounds, especially when bits of moog or electronics are dropped into the mix. Titles include "Senor Carnicero", "El Muelle", "Estoy Aqui Parado Sentado Y Acostado", "El Largo Dia De Vivir", and "Tirando Piedras Al Rio".  © 1996-2022, Dusty Groove, Inc.