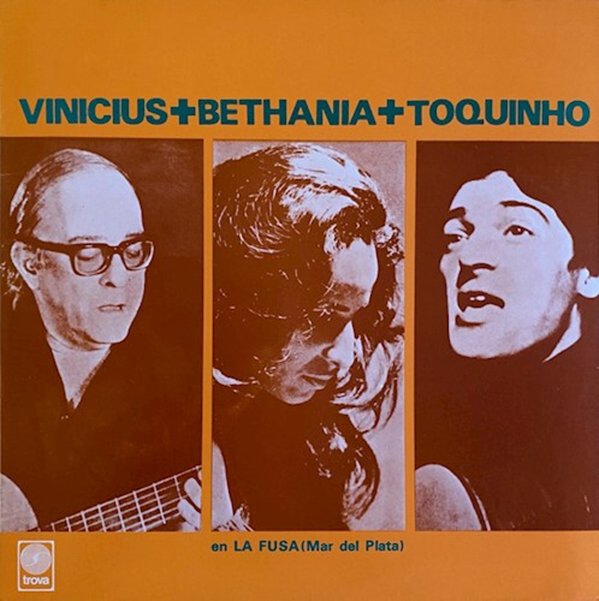 The duo of Vinicius De Moraes and Toquinho were already making some great music in Brazil at the time of this set – and for this rare Argentine recording, they were also joined by vocalist Maria Bethania – who makes for a wonderfully charming sound that really sends the record over the top! As on some of the duo's other albums, Vinicius and Toquinho trade vocals back and forth next to guitar lines from the latter – and here they get some great small combo jazz backing by a group that features pianist Mike Ribas – in a style that's leaner and even groovier than some of their other albums in Brazil! Bethanias joins the pair on a number of tracks – and titles include "Testamento", "Samba De Bencao", "Viramundo", "Tarde Em Itapoa", "O Dia Da Criacao", "Como Diza O Poeta", and "Apelo".  © 1996-2022, Dusty Groove, Inc.