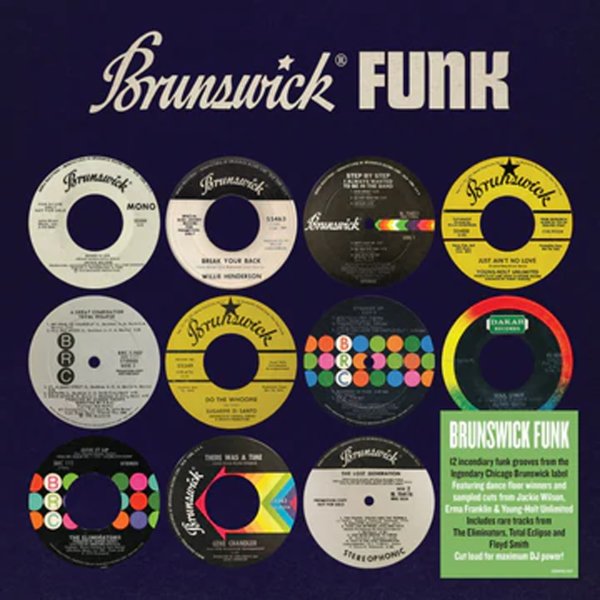 The funkier sound of Brunswick Records – mostly tracks taken from that second generation of the label, when they were operating out of studios in Chicago, and coming up with as many cool cuts as you'd find on Chess Records at the time! There's a really freewheeling approach to the music here – so that although many of the cuts feature great soul vocalists, they've also got a massive groove too – and the Chicago cuts are followed by a few very rare numbers from the final years of Brunswick, from artists who were even more off the beaten path of mainstream soul at the time! Titles include "Break Your Back" by Willie Henderson, "Shake A Leg" by Jackie Wilson, "Do The Whoopie" by Sugarpie DiSanto, "Cash Money" by Step By Step, "This Is The Lost Generation (inst)" by Lost Generation, "Soul Strut" by Floyd Smith, "Light My Fire" by Erma Franklin, "Just Ain't No Love" by Young Holt Unlimited, "There Was A Time" by Gene Chandler, "Give It Up" by The Eliminators, and "St Albans Strut" by Total Eclipse.  © 1996-2023, Dusty Groove, Inc.

BYG – Beautiful Young Generation – Special Sampler (180 gram white vinyl pressing)
BYG (France), Late 60s/Early 70s. New Copy Gatefold
LP...$34.99 38.99
A really great collection of work from the legendary BYG/Actuel label – home not just to the famous avant jazz recordings that have made the company a legend, but also a host of other unusual sounds that don't often get the exposure they deserve! This collection finally gives that full range ... LP, Vinyl record album