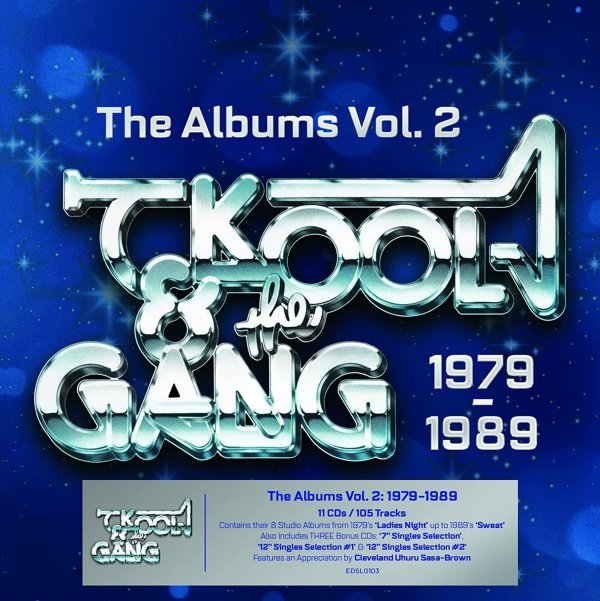 The massive second chapter of Kool & The Gang – tracks from a time when the funky legends didn't falter at all, and instead reinvented themselves for a whole new generation! In the earlier part of the 70s, Kool & The Gang had already mastered the funky 45 and set the groundwork for disco – so by the end of the generation, they were going head to head with some of the major label funk acts who were bringing a bit more soul into the mix – mastering the mellow cut as well as the clubby groover, and continuing to shine strongly for years as part of the process! As with the previous box set, this one features a whole host of albums with the original cover art – the albums Ladies Night, Celebrate, Something Special, As One, In The Heart, Emergency, Forever, and Sweat. PLUS, you also get three CDs worth of bonus material – one CD that's full of 7" singles from the time, and two more CDs that are overflowing with the many 12" single mixes from the time! A massive collection – and a real testament to the genius of the group.  © 1996-2022, Dusty Groove, Inc.

Roots
Curtom/Warner (UK), 1971. New Copy
CD...$7.99 14.99
One of our favorite Curtis Mayfield albums ever – a massive early 70s effort that's filled with wonderful songs all the way through, and quite possibly one of the most perfect realization of the righteous vibe of the early 70s Curtom years! Curtis is in fine form throughout – as a ... CD