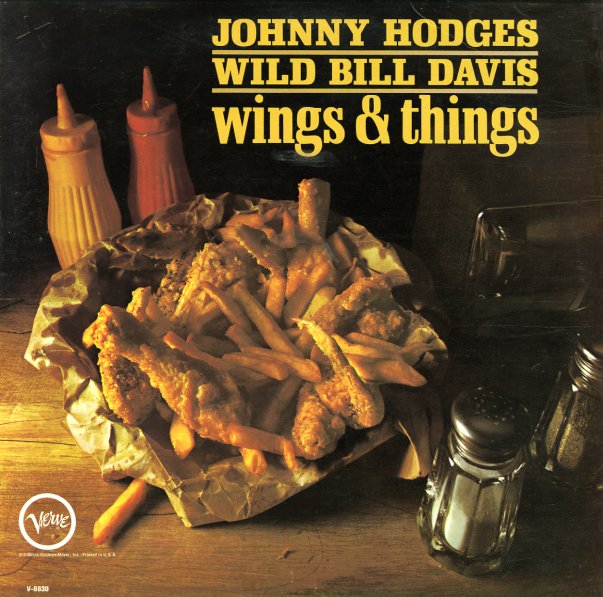 One of the best records to offer the team of alto giant Johnny Hodges and Hammond player Wild Bill Davis – not just because there's a great soul food cover on the front, but also because the group features Grant Green on guitar! The group plays a number of originals, with a solid soul jazz sound that borders on a Blue Note bag – and titles include "Wings & Things", "Dow De Dow Dow Dow", "Casanova", and "Spotted Dog".  © 1996-2022, Dusty Groove, Inc.
(Mono MGM pressing with Van Gelder stamp. Cover has some wear and aging.)

Blue Rabbit
Verve, 1963. Very Good+
LP...$9.99
Johnny Hodges works with some nice small group backing here – only just a bit of organ from Wild Bill Davis, plus more from Ray Jackson, a Hammond player we don't know at all – and other work by Kenny Burrell and Mundell Lowe on guitar, Wendell Marshall and Richard Davis on bass, and ... LP, Vinyl record album