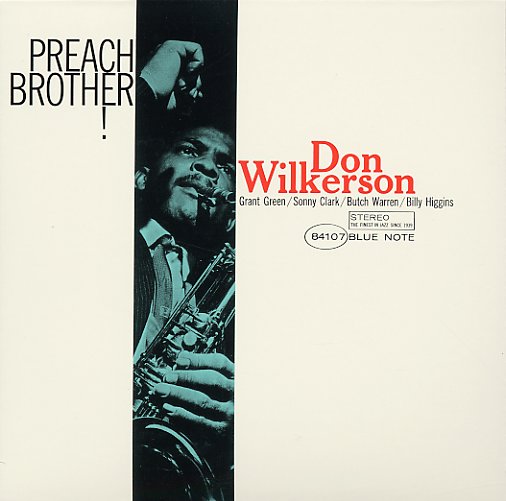 One of the few albums ever made as a leader by tenorist Don Wilkerson – a hell of a talent who was usually working in the background of the Ray Charles band, but got this chance to step out as a leader for Blue Note – in a session that's also one of the rarest on the label! Brother Don plays lean and mean, in a nice tight group that features Grant Green on guitar, Sonny Clark on piano, and Billy Higgins on drums – all of whom give Wilkerson a freer setting than he ever got working with Ray Charles – a groove that's right in the best soul jazz pocket of early 60s Blue Note! The groove has a freer edge than on some of Wilkerson's few other albums, with touches that almost reach a Latin sound at times – an influence most likely from Green's exotic work on guitar, and Higgins' wonderfully free rhythms. Titles include "Pigeon Peas", "Camp Meetin", "Jeanie Weanie", and "Dem Tamborines".  © 1996-2022, Dusty Groove, Inc.
(Part of the Blue Note Classic Vinyl Series!)