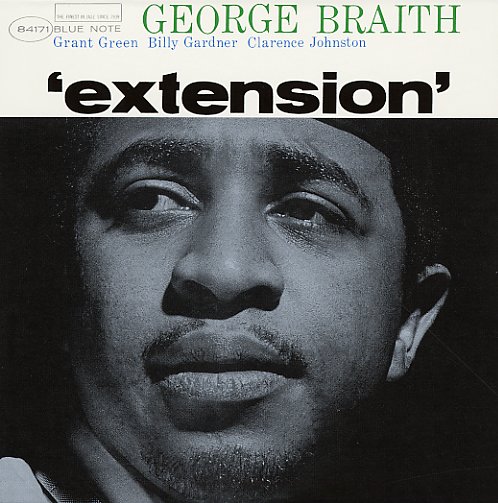 A masterpiece from George Braith – one of the most unique sax players of the 60s! The album's a Blue Note classic in the Larry Young vein – with lots of free spiralling modal lines, and heavenly solos on organ, guitar, and reeds – the former of which are played by Billy Gardner and Grant Green. Braith's playing is incredible – slightly exotic, but also quite soulful – in a vein that recalls Yusef Lateef and Roland Kirk, but which also has a strong voice of its own. Braith plays tenor, soprano, and alto sax on the set – and the album is filled with groovy modal tracks like "Nut City", "Sweetville", and "Extension". Very very nice!  © 1996-2022, Dusty Groove, Inc.

Black & White Raven (white vinyl pressing)
Numero, 1980. (reissue)
LP...$20.99 23.99 ... On July 8, 2022
A killer set from Archie James Cavanaugh – sweetly soulful, with a groove that easily rivals some of the best west coast efforts of the 70s! Archie's a Native American, and the album's gotten some attention for that fact over the years – but honestly, it's got a warm glow and gliding ... LP, Vinyl record album

Regimental Sgt Zippo
Rocket/Universal, Late 60s.
LP...$23.99 25.99 ... On July 8, 2022
Some of the earliest recordings ever of songs by Elton John & Bernie Taupin – tracks cut at the studios of publisher Dick James Music – the guy who'd soon make enough money from Elton to launch his own record label! The set's almost a lost first album by Elton, as tracks were cut ... LP, Vinyl record album