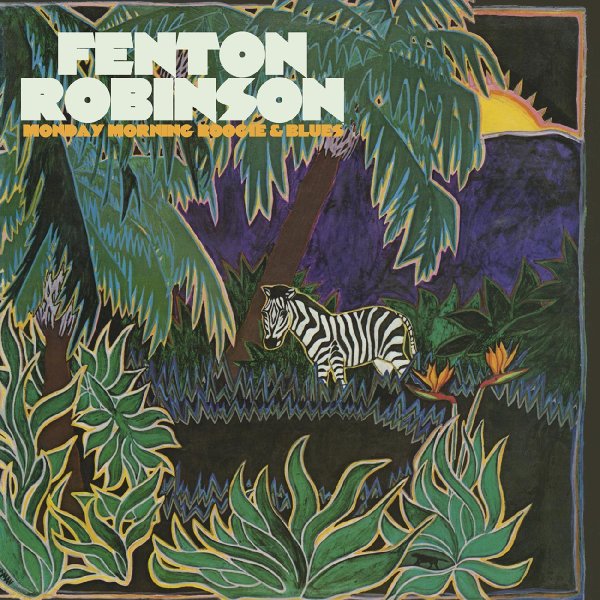 A set that brings together great early work that Fenton Robinson recorded for the 77 Records label – plus a full CD of live material too! First up is material from the Monday Morning album – not the first recording ever made by Fenton Robinson, but a record that really brings together his talents – especially that quality of Chicago-via-Mississippi blues that gave Robinson such great intensity back in the 70s! The production is nice and lean – put together by the Sound Stage Seven/77 Records label with a strong southern soul vibe – while Fenton himself brings plenty of sharp guitar work into play – of the sort that was making him a real rising star on the Chicago scene from the late 60s onwards! His vocals are great too – nicely understated, but never in a sloppy way – just laidback enough to let the guitar take the lead at times – on titles that include "The Sky Is Crying", "Smokestack Lightning", "Little Turch", "Give You Some Air", and "Don't Start Me Talking". The set also features tracks from The Getaway – great 70s blues from the mighty Fenton Robinson – one of the few players of his later generation that could really hold our interest! The sound here has some nice touches of the Sound Stage 7 association for the date – including warmer horns from Bergen White that flesh out the organ and guitar backdrops behind Fenton's vocals. A few tunes veer towards college cliches, but there's usually a southern soul undercurrent that keeps things real – and titles include "She's A Wiggler", "The Getaway", "Mellow Fellow", "I Wanna Oh", "I'm Not Through Loving You", and "Sideman". CD2 features a live set presented without a date, but which feels like 70s material too – titles that include "Country Girl", "My Girl", "Blue Monday", "Just A Little Bit", "Going To Chicago", "As The Years Go Passing By", and "Somebody Loan Me A Dime".  © 1996-2022, Dusty Groove, Inc.

Jimmy Dawkins/Big Voice Odom (with bonus tracks)
Black & Blue/Ultra Vybe (Japan), 1974. New Copy
CD...$14.99 16.99
A killer set – one that not only features vocals from Jimmy Dawkins on one half, and vocals from Big Voice Odom on the other – but which also includes some great guitar from the mighty Otis Rush! Rush is fantastic, twisting around Jimmy's own guitar, which is pretty darn great too ... CD

Chicago Beat (with bonus tracks)
Black & Blue/Ultra Vybe (Japan), 1970/1973. New Copy
CD...$14.99 16.99
Great work from this Chicago group – material recorded in France, but which wails with the best sound of the small blues clubs on the south side at the time! The core group features Louis Myers on guitar and harmonica, Dave Myers on bass, and Fred Below on drums – joined by Eddie ... CD