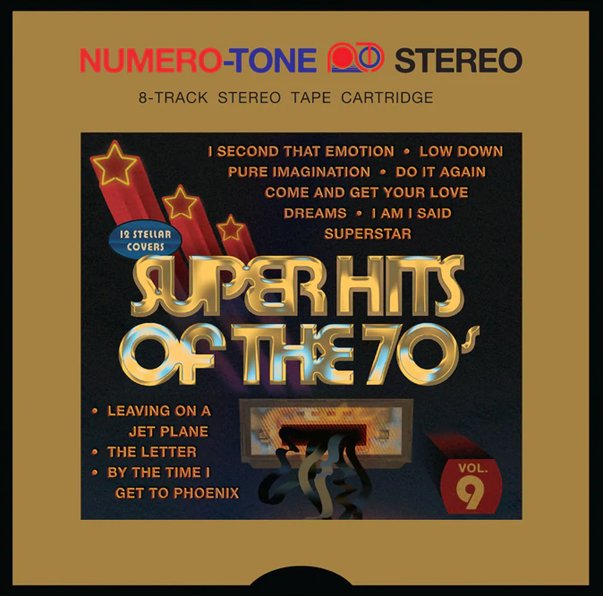 The super hits of the 70s – but not in the versions you might know – as the folks at Numero have done a superb job of selecting some really unusual cover versions of classics – all with the great ear for the American underground that's always made their records so great! In a way, the set takes us back to the kind of records we'd sometimes accidentally buy as kids – records that would promise famous hits, but played by studio groups – a fact that was usually hidden somewhere underneath the main text on the cover. Numero replicate that approach somewhat here – using a very cool die-cut cover that replicates an 8-track sleeve – to present titles that include "Cisco Kid" by Richard Powell, "Come & Get Your Love" by Family Tree, "Do It Again" by Deep Heat, "I Am I Said" by Joeven, "Leaving On A Jet Plane" by Summer Madness, "I Second That Emotion" by Ginny Reilly, "Superstar" by Alejandro Bravo, and "Pure Imagination" by Babalade Olamina.  © 1996-2022, Dusty Groove, Inc.