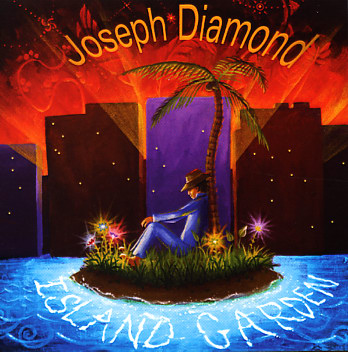 A smooth blend of Latin and jazz stylings from pianist Joseph Diamond – a great little indie effort, but one that resonates with the classic sounds of soulful fusion from years back! The format's often simple and elegant, but done really well – mixing acoustic piano with Latin percussion and just a bit of shading from added horns or keys – always with rhythms and timings that are a bit out of the ordinary, and which keep things fresh even when Diamond's moving through territory that's vaguely familiar. There's almost a Bobby Vince Paunetto sense of groove to some of the tracks, although the overall record's perhaps a bit more restrained – and as before, all tracks are originals, with titles that include "Montoya Mambo", "Anytime", "Black Cowboy", "El Stupido", "Island Garden", and "The Yaqui".  © 1996-2022, Dusty Groove, Inc.
(Out of print.)