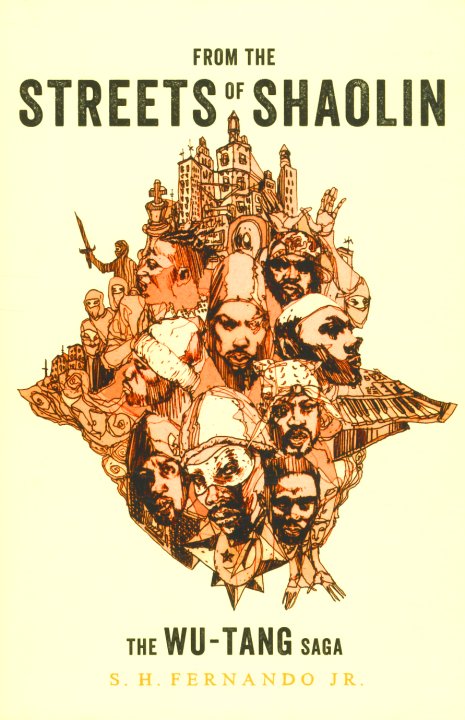 From The Streets Of Shaolin – The Wu-Tang Saga (hardcover)

The Wu-Tang Clan didn't just pop onto the scene in the early 90s – but their rise to the top was somewhat meteoric, and was part of the group's larger vision for their own place and that of hip hop within the broader American culture! Author SH Fernando really gets at that ambition – getting past some of the musical platitudes that are usually linked to the group and its many projects – and instead tracing a detailed history that starts with early sparks of expression, and rises to show the full ongoing impact the group's members have had. Fernando had great access from the group in putting the book together, but not in the "fluff" project way such access usually creates – and he also drew on decades of his own materials, put together as his career as a journalist kept him in contact with the group as they changed over the years. The very hefty book is over 500 pages, hardcover, with some black and white images.  © 1996-2022, Dusty Groove, Inc.