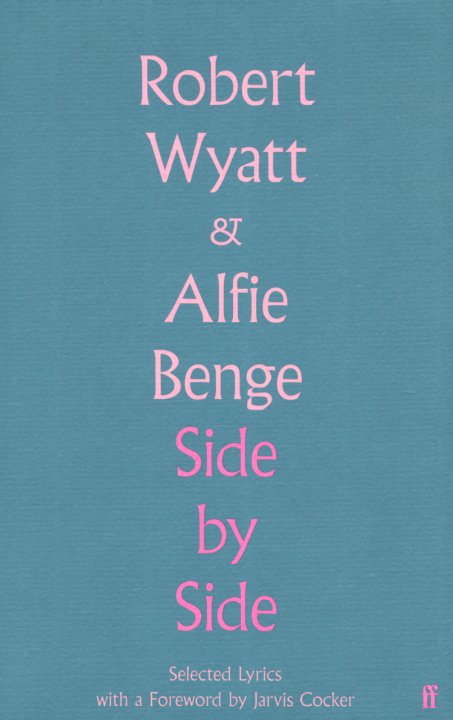 Side By Side – Selected Lyrics (hardcover)

The music of Robert Wyatt often comes across with a surprisingly poetic quality – one that finally gets its due here in a well-presented book that mixes words from his songs with images and other writings – most done in collaboration with Wyatt's longtime creative partner Alfie Benge! The book's got much of the appeal of Robert Wyatt album covers and CD booklets over the past few decades – many of which have Benge's contributions too – and the artwork is just in just the right balance next to the words, which are further illuminated by some non-lyrical passages that are a great addition to the book. Hardcover volume is 191 pages, with black and white images scattered throughout!  © 1996-2022, Dusty Groove, Inc.