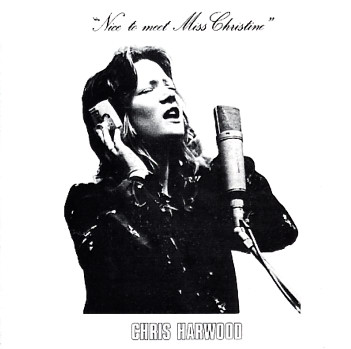 Jazzy wonderfulness from Chris Harwood – not a jazz singer herself, but one who gets some superb backings from a range of British musicians – all of whom take her folk-tinged vocals into territory that makes for a wonderfully unique record! The approach is one of those rare studio moments when things come together in a really magical way – with a quality that's laidback and easygoing, as if everyone is just sliding into a groove – but with results that are nicely focused, and a sound that's beautifully cohesive throughout the entire set! The record features work by prog heavyweights like Ian McDonald on saxes and Dave Lambert on guitar – but isn't a prog set at all, as you'll hear on tracks that include "Hear What I Have To Say", "Never Knew What Love Was", "Wooden Ships", "Before You Right Now", "Crying To Be Heard", "Question Of Time", "When I Got Home", "Romance", "Ain't Gonna Be Your Slave", "Flies Like A Bird", and "Mama".  © 1996-2022, Dusty Groove, Inc.