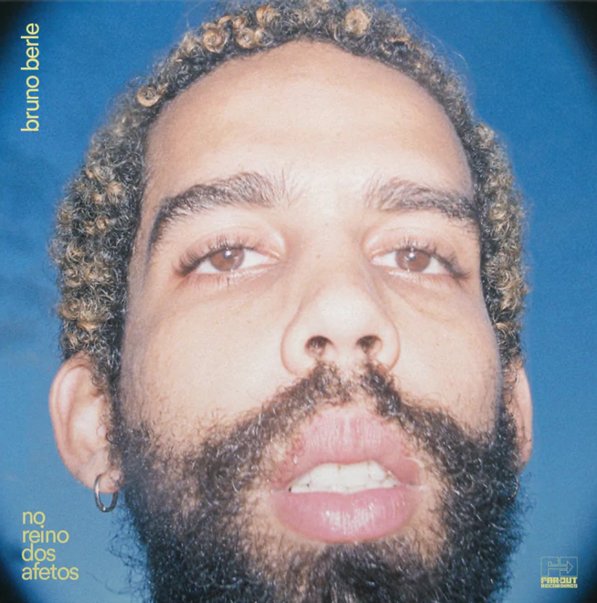 Also available
Bruno Berle — No Reino Dos Afetos ... CD 13.99
A really lovely little record – one that feels like an instant classic in the world of MPB – the sort of long-overdue new release by a Brazilian artist that we hope we'll be hearing plenty from in years to come! As with the elite list of our Brazilian favorites of the past 20 years, Bruno's got a way of reaching into the past to grab just a bit here and there – then folds things together with a style that's crispily fresh, and very much his own – soulful, yet not mainstream soul at all – electronic at times, but with a warmly beating acoustic heart – and the kind of music that will grab you instantly upon first listen, at a level that our words could never hope to convey! Titles include "So Nois Dois", "Some Nyame", "Quero Dizer", "Ate Meu Violao", "Virginia Talk", "Sereno", "Arraiada", and "Beat 1".  © 1996-2022, Dusty Groove, Inc.