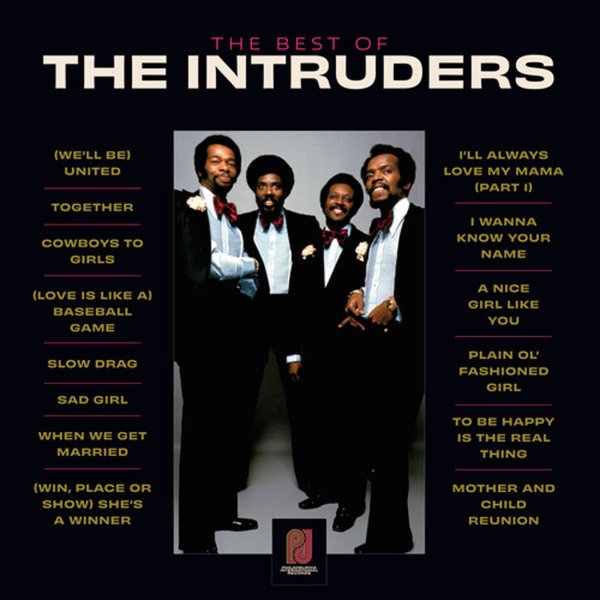 A beautifully-done collection of work from The Intruders – a brilliant package that follows the group from early harmony days into some of their more sophisticated grooves for Philly International in the 70s! The Intruders have a sound that's unlike anyone else we can think of – a sound that's sweet, but which has a kind of rasp at the back too – a really human, almost hesitating quality to the vocals that makes just about anything they do come out sounding wonderful. The set begins with early singles for the Gamble label, then runs up to a few key album cuts from the 70s – titles that include "Love Is Like A Baseball Game", "Slow Drag", "When We Get Married", "Mother & Child Reunion", "United", "Together", "I'll Always Love My Mama (part 1)", "I Wanna Know Your Name", "Sad Girl", "She's A Winner", "A Nice Girl Like You", "Plain Ol Fashioned Girl", and "To Be Happy Is The Real Thing".  © 1996-2022, Dusty Groove, Inc.
(Sealed copy! Cover has a 'Get Down With The Philly Sound' sticker.)