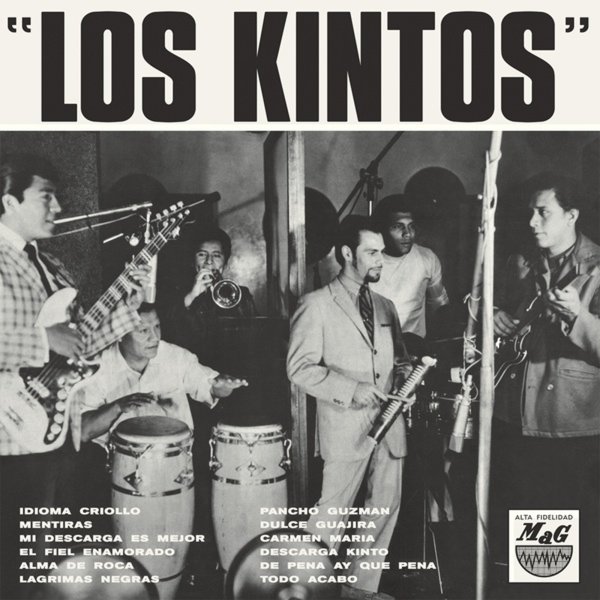 The Mag label in Peru gave the world some of the most cooking Latin records from the South American scene at the end of the 60s – and maybe one of the most cookingest is this killer classic from the group Los Kintos! The album's got so much going on at once, a really unique hybrid that not only makes the record a groundbreaking project, but also a real musical masterpiece too – as Los Kintos bring forward older Afro Cuban styles, channel some of the small combo modes of the mid 60s New York scene, and also dip into some of new modes from Colombia – served up in a blend of amazing percussion, electric guitar, and vocals that never lets up – on titles that include "Dulce Guajira", "Pancho Guzman", "Alma De Roca", "El Fiel Enamorado", "Mentiras", "Carmen Maria", "Descarga Kinto", and "De Pena Hay Que Pena".  © 1996-2022, Dusty Groove, Inc.