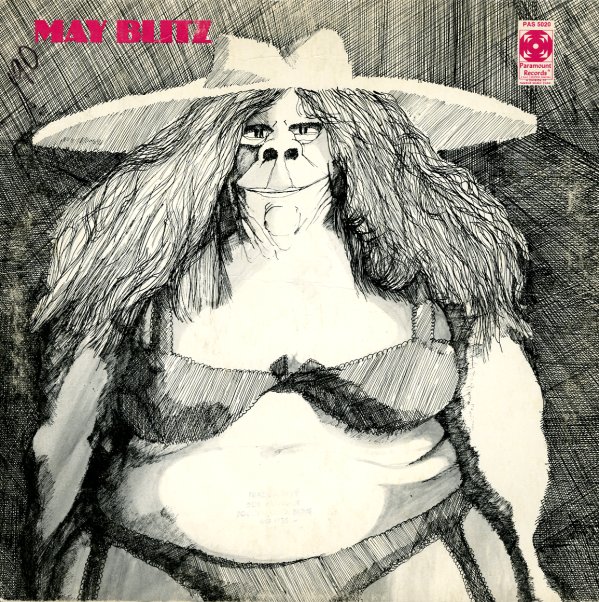 The stunning debut of May Blitz – one of those hard rock trios who emerged from the British scene at the start of the 70s, delivered some fantastic music for just a short moment, then left us in the lurch! The group features Tony Newman on drums and percussion, Reid Hudson on bass, and James Black on guitar and vocals – all very simple elements, but taken by the group to a place of power that's all their own! The bass does wonders for the sound – drawing plenty of inspiration from blues rock of a few years before, but nudging things into much darker territory – clearly followed by Black on his guitar and vocals. Titles include "Smoking The Day Away", "Dreaming", "Squeet", "Fire Queen", and "Virgin Waters".  © 1996-2022, Dusty Groove, Inc.

Visions Of Audio
Survival Research (Italy), 1987. New Copy
LP...$16.99 24.99
Late 80s work from Clara Mondshine, and a set that's every bit as beautiful as some of her electronic classics from the 70s – but in a nicely different way! The technology has changed a bit here, and includes some digital elements – but still used with the sense of space and melody ... LP, Vinyl record album