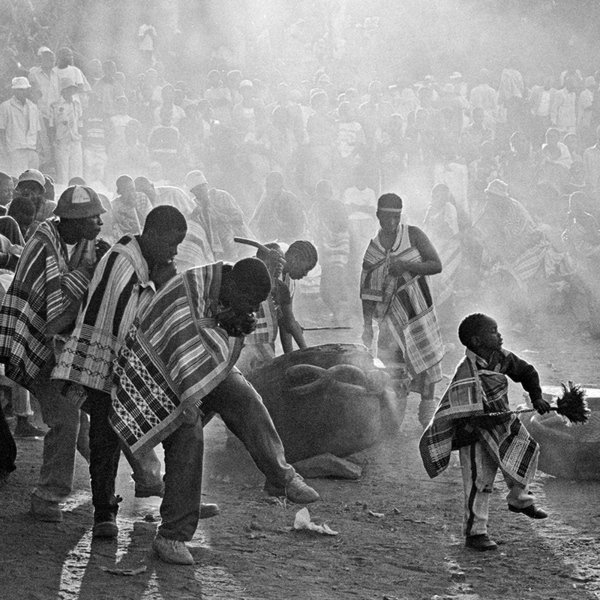 A stunning blend of spiritual jazz and voices – very much in the best spirit of classic work of this nature from Max Roach, Billy Harper, and Eddie Gale! There's a soulful energy that sets the record on fire right from the very first note – as South African drummer Tumi Mogorosi works with a group that features trumpet, alto, guitar, piano, bass, and drums – matched with a chorus of ten singers who rise and soar with the music – recalling the energy of classic records like Capra Black or Eddie Gale's Ghetto Music – but with elements that are sometimes more contemporary, too. A number of cuts have a vocal soloist stepping out of the group for a bit – and titles include "Wadada", "Where Are The Keys", "The Fall", "Sometimes I Feel Like A Motherless Child", "At The Limit Of The Speakable", and "Panic Manic".  © 1996-2023, Dusty Groove, Inc.